Wherever Mt. Joy Is, That’s Where We Wanna Go 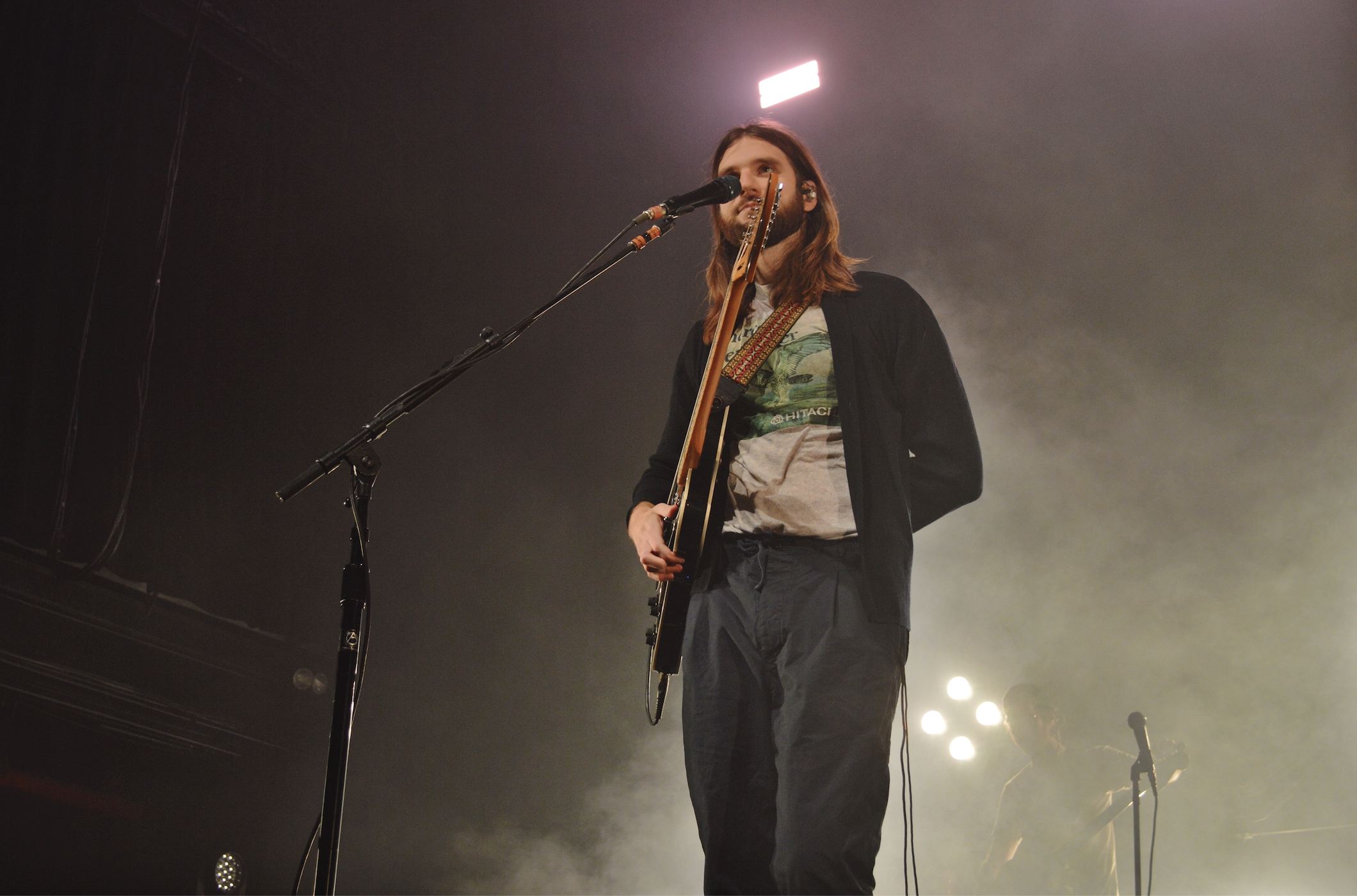 When my sister and I saw Mt. Joy at Pier 17 in early October, we heard the lyrics, “Would you wander forever with me? / And drive way up over Mt. Joy / Where everyone's free now to move how they feel now.” She turned to me and said, “I wanna go to Mt. Joy.”  Later, we learned that Mt. Joy is a real place in between singer and lead songwriter Matt Quinn and guitarist Sam Cooper’s hometowns in Pennsylvania, not a dreamland that exists only in the band’s music. Though we’re not far off, Mt. Joy delivers a performance that transcends listeners into another world, one in which your burdens are lighter and your worries are left behind.

Fast forward to Tuesday night, my sister and I “returned to Mt. Joy” to catch the band’s show at Terminal 5 in the Upper West Side. Their 2020 album Rearrange Us practically carried me through peak quarantine, giving me a reason to dance as I walked alone through the nature trails near my house. The joy I felt in those few moments of solace during the pandemic are, however, incomparable to the magnitude of excitement and pure happiness I experienced at their NYC show this week.

Mt. Joy is not what you would call a psychedelic band, falling more into the alternative or indie rock genres, but the audience was entranced by their set. Equal parts light show to musical performance, the elaborate visuals did not outshine their impeccable sound and stage presence. It seems as though something has shifted since I last saw them at Pier 17. Maybe it’s the cold weather and our desire to feel our hearts warmed, or our comfort in big crowds returning after being eased back into live music this fall. Perhaps it’s the confidence from Mt. Joy as they return for a second sold out show in New York after a successful tour this past summer and fall. The venue itself contributed to a different vibe, with Pier 17 being an outdoor rooftop versus Terminal 5 being a three-tiered, indoor venue. The walls enclosed all the energy in the room, and enthusiasm was bouncing off the ceiling with the disco ball reflecting light in all directions. Despite having double the capacity, this show felt surprisingly more intimate than the one at Pier 17. Strangers were turning to each other, joy ruining through their veins as they screamed lyrics about growing up, moving on and working through the challenges that almost broke them.

The band opened with “Acrobats” before moving into “Strangers.” Fans loved the shoutout to our city and ecstatically chanted the first two lines, “Well I guess I'll have to fall in love with strangers /

Midway through the set, they play “Jenny Jenkins,” one of their most popular songs off their first album Mt. Joy (2018), and the group of twenty-something year old men just within the barricade huddle up in a circle, screaming the lyrics at each other. Matt Quinn sings, “One by one, or two by two / Miss Jenny Jenkins,” while fans in the crowd hold up the number two, resembling peace signs. My sister and I embrace, singing at the top of our lungs with our arms wrapped around each other’s shoulders. People start turning to us, calling our dancing and singing “a best friends moment,” and offering to take our photo to capture it.

The crowd holding up the number two as Mt. Joy performs “Jenny Jenkins.”

Mt. Joy shared new songs at the show, playing “Lemon Tree” as well as some unnamed others. Even during their new songs the energy from the crowd didn’t diminish, if anything it heightened as fans found new songs to love (that they may soon be blasting in parking lots “under the shadow of '95”).

As the lights dimmed and Mt. Joy walked off stage, encore chants became almost as loud as the singing preceding it. When the band returned, soft interludes and immersive lights put listeners in a dream-like state before instantly lighting up as the first beats of a new song rang in. The band tackled a Rolling Stones cover of “You Can’t Always Get What You Want” before moving seamlessly back into their hit track “Julia.” The cover was the perfect song to match their feel-good, you-can-get-through-it energy that also appears on songs like “Rearrange Us” and “Astrovan.” They carried us home with “Silver Lining” as rainbow lights illuminated the room.

Before leaving the venue, I turned to the random guy on my right and asked: “How would you describe the show in 3 words?”

The crowd sings along to their favorite songs with barely a phone in sight.

At 2am, I’m awake, still buzzing from the show, and I have this feeling like I wasn’t even there. Images of myself are flashing through my head — subtly dancing in the photo pit, holding my sister as we scream the words to “Jenny Jenkins” — and I feel like a passerby in my own memories. I’m looking over my photographs and watching snippets of videos I took throughout the show. The pictures of the crowd seem to capture the experience better than any shot of the band themselves. Mt. Joy’s talent and ability to put on a captivating performance is undeniable, but what makes shows memorable is the people you experience them with and alongside. A crowd can make or break a show, and this audience amplified it by tenfold. The audience recognized that live music is meant to be a shared experience, fueled by love for one another and genuine appreciation for the music. There were barely any phones in sight, with the exception of the rare use to capture the moment via video.

The next morning, I woke up still feeling exhilarated. My disconnect from the night before, if anything, actually exemplifies how engaging and memorable the show was. The experience can’t be relived just through photographs or words in an article. You had to be there. But don’t worry, there’s still time to understand. Catch Mt. Joy as they embark on their next round of shows this winter. View their tour dates here.

Rainbow lights illuminate the room and reflect off the disco ball before the final lines of “Silver Lining.”