The Front Bottoms Fan Spotlight: “It was a life-saving experience” 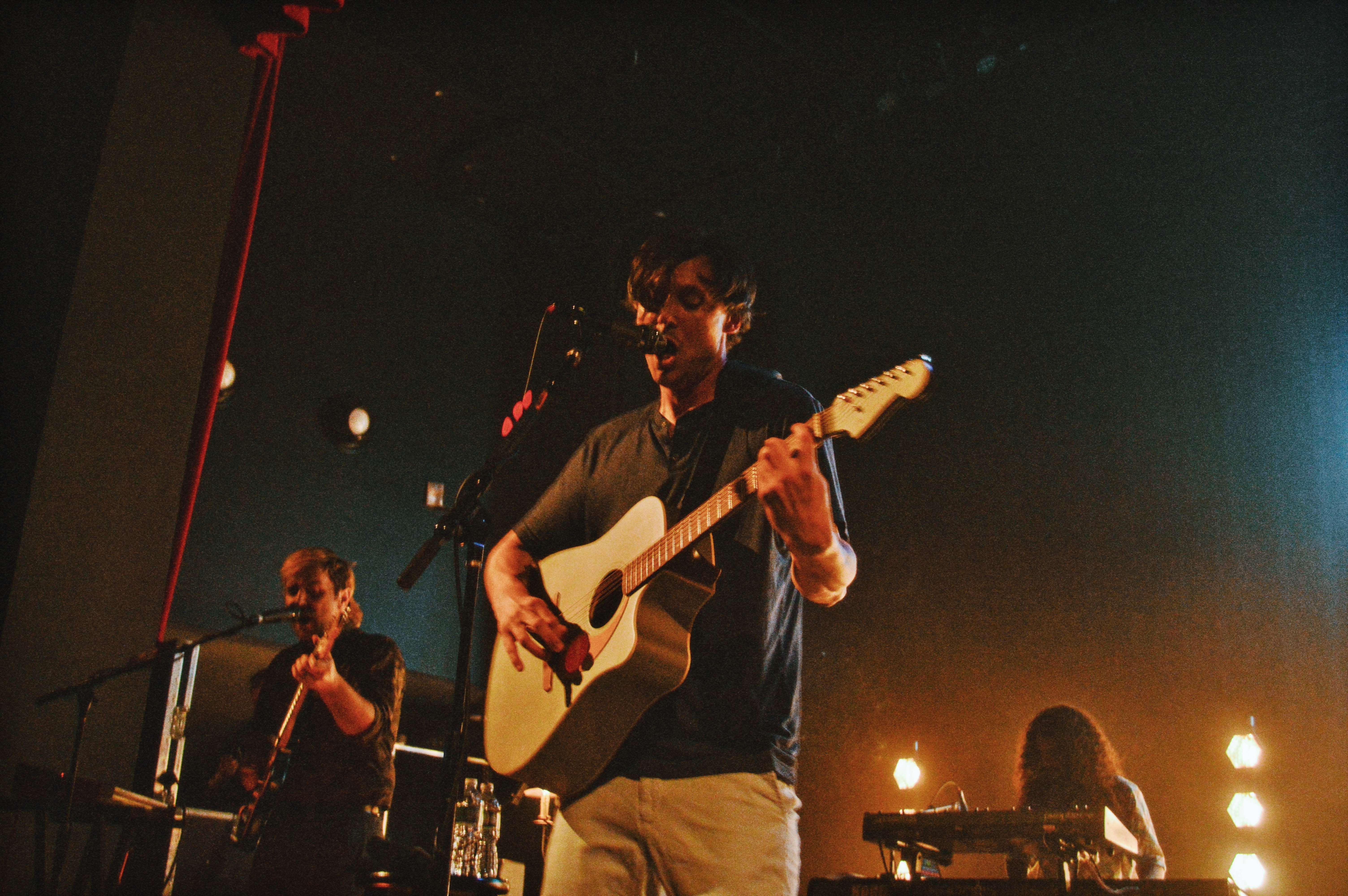 I came to The Front Bottoms’ show alone, but I left feeling like I was a part of something greater.

Before the doors opened, I went down the line interviewing fans for Sounds of Saving, many of whom, like myself, started listening to The Front Bottoms at age 14 and had seen them live upwards of nine times already. This was only my fifth time, but I’m sure I’ll get there, because every Front Bottoms show I go to feels as good as the first. It’s rare that seeing a band you loved at sixteen hits just as hard when you’re about to turn 21, but The Front Bottoms has soundtracked my adolescence and young adulthood like no other band ever could. The band’s lyricism swiftly tackles a whirlwind of emotions with songs that touch on depression, unrequited love, adolescent nostalgia and dissolving friendships.

The first time I heard a song from The Front Bottoms was in my freshman year of high school; my best friend at the time played me “Peach,” and I told her, “It just sounds like he’s talking.”

When I realized all that he (Brian Sella) was saying, it all fell into place. Songs like “Flashlight” have provided me solace by putting words to a feeling sixteen-year-old me couldn’t figure out. Their music had the ability to encapsulate the impermanence of living in the “in-between” as a teenager (and liking the time it takes to get somewhere, re: “Cough It Out”). Hearing lyrics that so perfectly represented my own feelings allowed me to release the anxiety and anger that accompanied them, or at least feel validated and less alone when I couldn’t let go. For the band, creating music is a cathartic act as well. “Writing and creating music for us is one of the most important ways that we’re able to release & work through our own emotions,” TFB drummer Mat Uychich told SoS.

My friend and I saw TFB together two years later, and I kept going back to more of their shows. Last October, I was feeling disconnected from myself and decided that I needed to experience the catharsis of screaming The Front Bottoms’ songs in a packed room. I visited a long-time friend in Philly and took him to their show at The Fillmore. I remember talking to girls in the crowd who told me the best part of the venue is that “you know everyone there is a true fan of the band.”

This sentiment rang true at White Eagle Hall Thursday night, where fans covered in The Front Bottoms tattoos and merch lined the Jersey City streets waiting for the band to kick off the second show on their 3-night residency.

The band opened with “West Virginia” and brought a packed setlist to follow, digging into the deep cuts with performances of “Jim Bogart” and “Tattooed Tears.” Though I was photographing the show, I didn’t forget to join the mosh pit on occasion, especially during the ending to “The Beers” – in that moment, I was a fan first, journalist second.

With these three special hometown shows being held at such a small venue, hardcore fans were able to connect with the band and each other in an intimate setting. There’s a sense of camaraderie that The Front Bottoms’ fans uphold, even in the midst of wild mosh pits and crowd surfers. (Though, this was my first show of theirs where I did not spot any crowd surfers! Nonetheless, the crowd was still as enthusiastic as ever.) People look out for each other, and want to share the experience of live music with others who love and relate to the music as much as they do. “It’s really special to have the connection we do with everyone that’s inside the room. The fans fire us up and give us the best energy,” Uychich said.

I looked over Friday night’s setlist, and saw that they got “Flashlight” and “Legit Tattoo Gun,” so while I’m filled with jealousy, I wouldn’t trade my experience Thursday night for the world. Covering The Front Bottoms’ show was a symbol of how far I’ve come from journal entries stamped with their lyrics in high school during my depressive peaks. It was therapeutic, a release of the teenage angst so many of us carry into our twenties. I saw myself in many of the fans I interviewed or simply found myself in conversations with: those finishing up high school, in college like myself, or even those who were older, but still longed to connect with the music they loved growing up.