Is It Heaven? Or Is It Just Palace at Webster Hall? 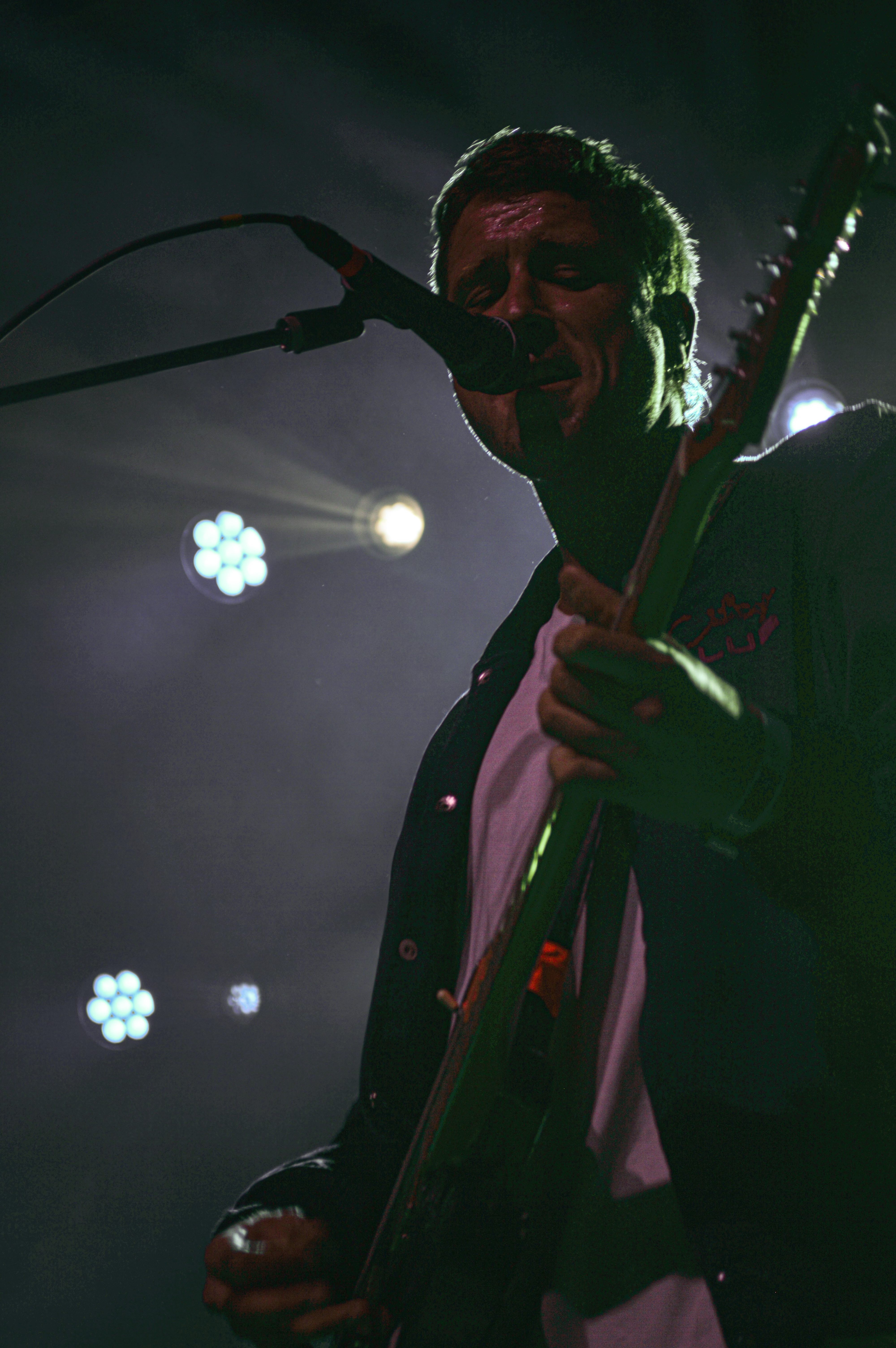 Is It Heaven? Or Is It Just Palace at Webster Hall?

UK indie-rock band Palace made their long-awaited return to New York Thursday night, following the release of their third album Shoals earlier this year. The band headlined a sold-out show at Webster Hall, kicking off their set with the title-track from their new album. As soon as the set started, the crowd fell silent and lead-singer Leo Wyndhan’s crisp, mesmerizing vocals filled the venue.

Palace continued with singles off the new album, playing “Shame on You” and “Lover (Don’t Let Me Down)” before moving into the title-track of their debut album So Long Forever (2016). Old favorites were welcomed with ecstatic cheers from fans, especially when they heard the first few chords of “Live Well” (which, personally was my #1 song on Spotify Wrapped last year).

The band’s music aims to address questions about human existence – often posing the questions rather than answering them, with lyrics stemming from self reflection and interpersonal relationships. This open-ended approach allows listeners to peel back the songs’ layers and find a deeply-rooted, intentional meaning that resonates. Wyndham says that the everyday feelings and emotions are what impacts Palace’s music and songwriting greatly — which helps make it so relatable for listeners. “​​Each album and song is a sort of timestamp of a present mental state that encapsulates relationships and mental health etc. It’s the things that spark a sense of feeling in your gut that we try to capture and channel into a song,” Wyndham said to SoS. “Often on a personal level it feels that the darker moments are the things that feel natural to use as a foundation for a new song. As a result it becomes a deeply cathartic process - a kind of vehicle to release feelings and thoughts within a safe context.”

In an interview with NME, Wyndham discussed how the pandemic inspired the creation of Shoals. Wyndham was not only struggling with feelings of “extreme panic” and hopelessness, but with the impacts of long-Covid on his lungs. In creating the album, Wyndham had to confront the mental and physical hardships he faced over these long months.

“The album is an outpouring of these feelings we go through and how you deal with them, learning to love certain things and learning to appreciate having certain anxieties and fears. In a sense they make you feel real and human,” Wyndham told NME. “As much as I don’t want the album to be about the pandemic, it has really been born from the feeling of being locked away and confrontational with the things you’re not proud of, the part of yourself you don’t like and the things you’d like to change. We’ve ended up with something very layered, deep and intense. I hope that people can connect with it in that sense, with their own experiences of confronting those fears and anxieties.”

The album’s title, ‘Shoals’ – referencing the movement of fish in the ocean – is meant to represent “human thoughts and fears and anxieties that can change shape and be chaotic and streamlined all at once.”

Like in the immensity and vastness of the ocean, it’s easy to find yourself lost in the world of Palace’s emotive and encapsulating music. And yet, seeing them live takes this immersive experience to a whole new level. Wyndhan’s vocals and lyrics are evocatively beautiful – the performance almost felt like a memory before it even was over. I’ve continued looping Palace’s discography nonstop since Thursday night, trying to feel surrounded by the band’s echoing set once again.

The band first closed with “Heaven Up There,” an ethereal, contemplative 7-minute track. The lights dimmed and silence filled the room as the song's melody spilled in, with the exception of the group next to me whispering, “It’s gonna be it, it’s definitely gonna be it, right?” Like many Palace fans (including myself), I’m sure they were waiting for this song — arguably one of their best and most haunting tracks to date.

With a single blue light illuminating Wyndham, he began singing the intro to “Heaven Up There,” effortlessly hitting falsetto notes against the twisting guitar melodies. The hushed crowd intensely listened, captivated by the beautiful and moving performance. As Palace played the last two verses, yellow and white lights danced across the room, reflecting off the disco ball on the ceiling.

Promptly returning for an unexpected encore, the band officially ended the night with “Head Above The Water” off their 2015 EP ‘Chase the Light.’ To no surprise, the crowd still knew the words, and sang along to Palace’s final farewell song.

As for how Wyndham keeps up with his mental health, he finds that running not only helps him stay grounded, but also allows him to explore new cities while touring. “I run almost everyday which is a huge one for me. It’s changed my life in ways. It’s also a lovely way to see a city - as often you don’t really get those moments to explore,” Wyndham told SoS. “A pre soundcheck run I think every tired/stressed musician on tour should try! Also taking moments to myself I find very important - getting some space.”

Wyndham also emphasized that being open to throwing yourself into each new culture is important to him while touring. “It’s a gift to be able to travel as we do and see cities - so to really try and find and see landmarks in each one is always super fun,” he shared. “I also take lots of photos on my 35mm camera - having an extra aim and purpose I find very helpful. So it’s not just solely about the gig and the music. Creating new moments for yourself on the tour and not just feeling like you’re there for this one purpose! But you have personal extra motivations and moments.”

Palace headed to Montreal, Quebec right after the show for their next stop on their North American tour. Tickets are still available for some shows, so snag them while you can. They’ll be ending their tour on May 21 with a sold-out show at The Fillmore San Francisco before returning abroad for some festival appearances in the UK this summer. View their tour dates here.

‍Alyssa Goldberg is a writer and student living in New York. She studies Global Public Health and Applied Psychology at NYU, but you can usually find her at a show in Brooklyn or LES. Her work appears in Teen Vogue, The Lifeline, Washington Square News, Brave Voices Magazine, Pleaser Magazine, and elsewhere. Find her on Twitter @alyssaegoldberg or at alyssaegoldberg.com.