A Night in The Marías’ Dreamland 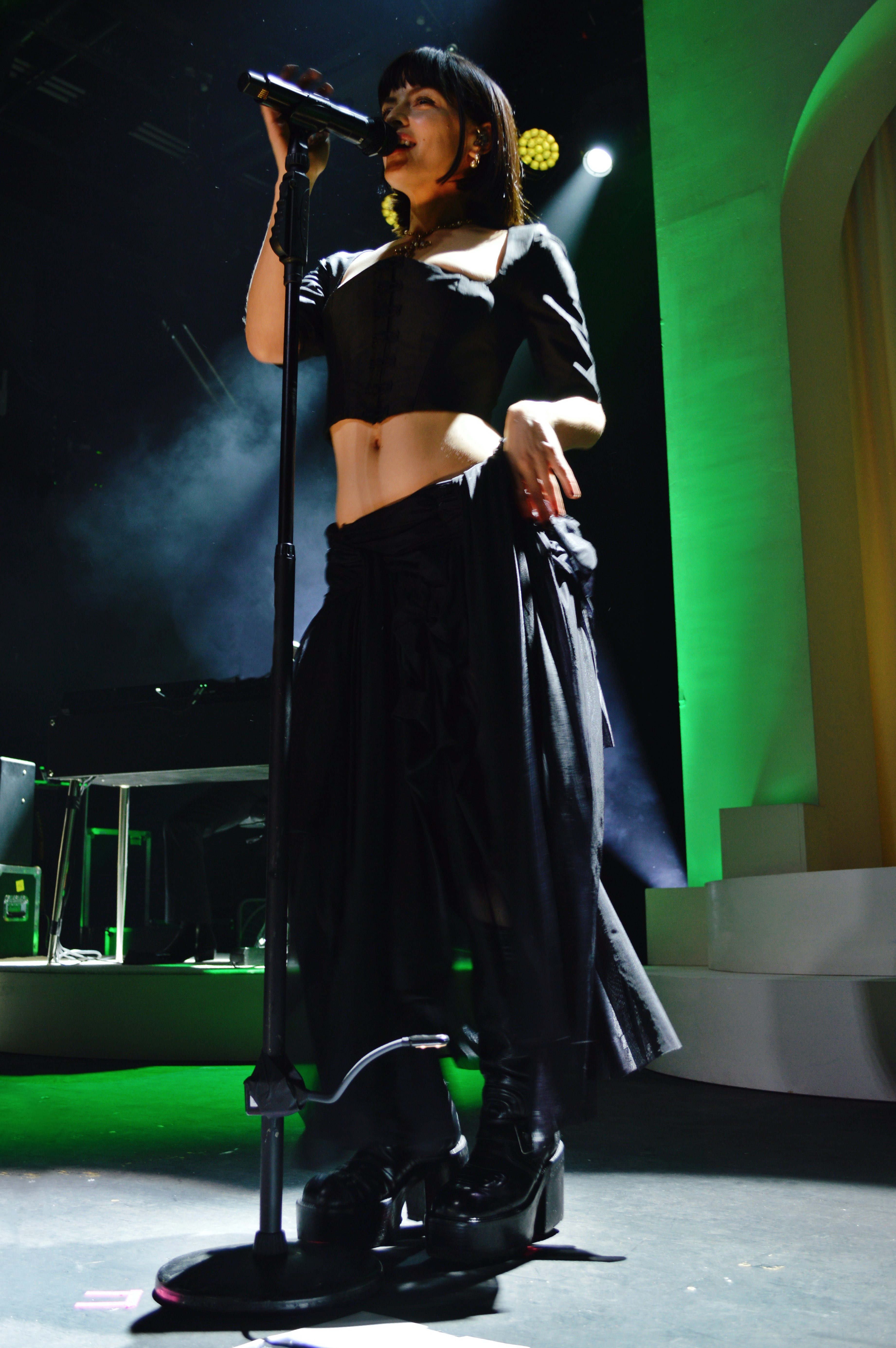 The Marías at Brooklyn Steel, February 2022

LA-based psychedelic pop band The Marías returned to Brooklyn Tuesday night with an entrancing set following a short mental health break from touring. Playing their first of two sold-out shows at Brooklyn Steel, the room was packed and overflowing with excitement. When The Marías took the stage, the crowd was absorbed by lead singer María Zardoya silky vocals and sultry aura. The haze of red lights and smoke set the mood as the band kicked off their set with the harsh beats of “Calling U Back,” a song off their debut album CINEMA released last summer.

Zardoya was born in Puerto Rico and raised in Atlanta, and embraces this duality by writing songs in Spanish and English, with some tracks varying between verses and others written completely in one or the other. “I embrace the fact that I can identify with a lot of different people, a lot of different cultures,” said Zardoya to VICE. She is transparent about her mental health both in songwriting and on the road, as seen in her introspective lyrics and candid communications to fans.

In an Instagram statement last Saturday, The Marías wrote, “touring has taken a physical and emotional toll on me, and i need a break before we can continue with the rest of the shows. i’m so so sorry. we always prioritize mental health, and hope you can understand. we’ll be back soon.

In their song “ABQ,” Zardoya describes the pressure of touring and not wanting to let anyone down. Her lyrics resonate with people living with anxiety as they touch on the weight of high expectations placed on you not only by others — but by yourself as well. The song’s haunting music video depicts the crippling reality of being followed by a dark shadow, but contrasting moments of clarity show that anxiety is conquerable. Newer songs from CINEMA also discuss mental health themes like depression and dissociation.

For their encore set at Brooklyn Steel, The Marías reentered to a dramatic light show, with flashing red lights and chilling whispers echoing María’s name throughout the venue. The band started with “Hush” – a passionate track about a messy, secretive relationship. Ending the night on a sweet note, the dreamy set came to a close with “Cariño,” a love letter sung mostly in Spanish.

The Marías were joined by Niko Rubio and MAYE. They have one more show in Brooklyn Thursday night with Evan McIntosh before embarking on the rest of their North American tour. Afterwards, they’ll be headed off to Europe for a few shows this spring. View all their tour dates here.

Alyssa Goldberg is a student at New York University pursuing a joint B.S. in Global Public Health and Applied Psychology with a Minor in American Sign Language and concentration in Child and Adolescent Mental Health Studies. She writes about music and mental health for The Lifeline, Sounds of Saving, Washington Square News, and Pleaser Magazine. Her work also appears in Teen Vogue and IDONTMIND, among other publications. You can find her at alyssaegoldberg.com or on Twitter @alyssaegoldberg.